It is being said that a person should indulge only in good deeds whether anyone is watching or not because the God is always watching. However, a thief chose to commit theft in a temple and that too after offering prayers and taking blessings of the God. 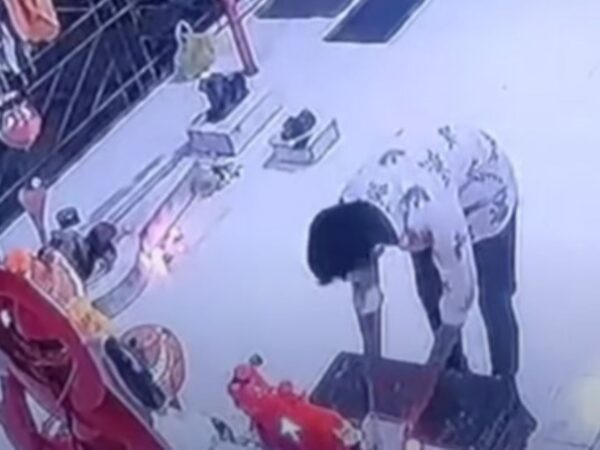 The incident has taken place near Mumbai on November 9 in a Lord Hanuman temple which is located in Khopat in Thane, Maharashtra. The CCTV footage shows that a masked person who seems to be a young guy enters the temple, is looking around and using his smartphone as if he is trying to ascertain whether anyone is watching him or not. The thief then walks towards the deity, bows down and pays respect by touching the feet of the Lord Hanuman’s idol and after some time, he suddenly lifts the donation box and runs away.

Here is the video of the incident:

When the caretakers of the temple found out about the theft, they made no delay in informing cops. The CCTV footage further proved to be of a great help and eventually the cops succeeded in arresting the thief on Sunday. There were Rs. 1,000 inside the donation box when it was stolen and the money was later recovered from the thief after arrest.

This is the latest addition in the list of weird thefts committed in the recent past.

Earlier few months ago, a thief in Tamil Nadu’s Chennai slept on the terrace of the house where he committed theft. In the morning when the house owner came on terrace for morning walk, he found a person sleeping on his terrace with a bag. The owner silently opened the bag and found out that there were his own valuables inside it. He went down, called the police home and got the thief arrested.