The Indian cricket team will look forward to perform well in the upcoming two match test series against New Zealand after making a clean sweep in the recently concluded 3-match T20I series. The first test match will be played in Kanpur and Ajinkya Rahane will be leading the team as India’s test skipper Virat Kohli has been given rest after the ICC T20 World Cup. Virat Kohli also didn’t play in the T20I series but he will be back in the team for the second test match which will be played in Mumbai.

Virat Kohli who is pretty active on the social media networks recently took to his official Twitter and Instagram accounts and posted a couple of photos from the practice session in which he was seen sitting on the chair and a cat was lying on his lap.

Here are the pics: 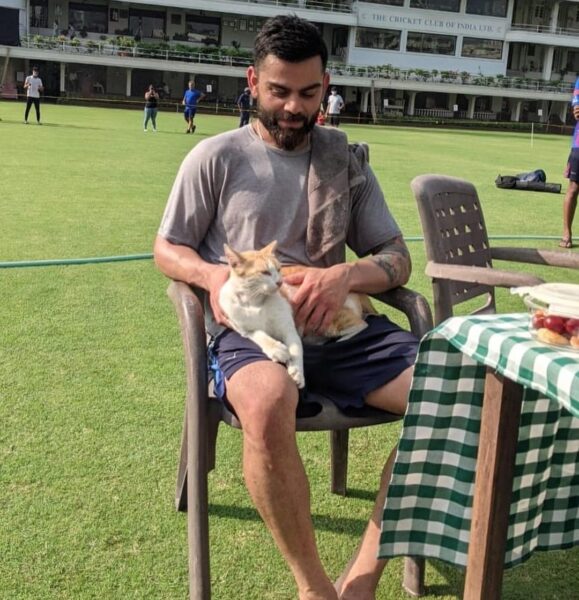 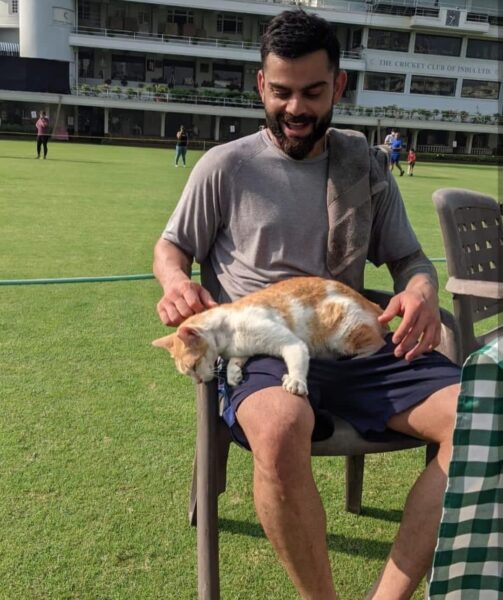 He captioned the post as, “A quick hello from a cool cat at practice” with a cat emoticon.

To this, Virat was quick to respond as he wrote, “Launda from Dilli and Mumbai ki billi”.

Rohit Sharma has replaced Virat Kohli as the new skipper of the Indian T20 team as the latter quit the captaincy after the ICC T20 World Cup 2021 in which team India performed pretty badly. India had a very bad start to the T20 World Cup as it lost its first two test matches against Pakistan and New Zealand and was not even able to make it into the semi-finals of the tournament. Though the Indian squad has performed well under Virat Kohli’s leadership yet it hasn’t won an ICC trophy under his captaincy.

Virat Kohli has also left the captaincy of his IPL team Royal Challengers Bangalore with which he has been associated since the inaugural edition of 2008. In 2013, he was appointed as the skipper of RCB but could not make his team win the IPL title even once.