The former Indian cricketer Wasim Jaffer is pretty active on social media, especially on the micro-blogging site Twitter and he has a reputation of making funny tweets and trolling other cricketers, former England cricketer Michael Vaughan being his favorite target.

Recently, Wasim Jaffer once again made a tweet which was not only funny but quite interesting as well because he wanted to bring back the old jersey that the Indian cricketers used to wear in the 90s. In the recent past, some T20 tournaments took place such as the IPL 2021 which took place in UAE, the ICC T20 World Cup 2021 that was hosted by India but was conducted in both UAE and Oman and the Syed Mushtaq Ali Trophy. While the IPL 2021 was won by Chennai Super Kings, Australia emerged as the winner in the T20 World Cup and Tamil Nadu attained victory in the Syed Mushtaq Ali Trophy.

One thing that is common in all the three teams is that the color of their jerseys is yellow and this similarity was noticed by Wasim Jaffer. He took to Twitter to share a photo of the legendary Indian cricketer Sachin Tendulkar in the yellow jersey.

Check out the pic: 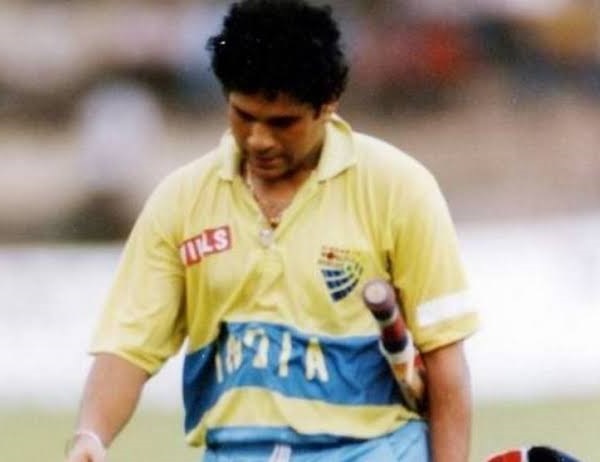 The caption of the tweet read, “Seeing teams in yellow winning trophies, time to bring this jersey back? #INDvNZ #T20WorldCup”

A Twitter user also shared a meme in which all the three teams are seen celebrating their trophy win. The tweet was captioned as, “2021 is year of yellow jersey… Champion” with trophy emoticon.

The Indian squad may have whitewashed New Zealand in the recently concluded three match T20 series but it had a pretty disappointing ICC T20 World Cup as it was not even able to enter the semi-finals of the tournament. In fact, team India had a very bad start to the tournament as it lost its first two matches to Pakistan and New Zealand.

Presently, India and New Zealand are playing the first test match of the two-match test series at Kanpur which is being played under the World Test Championship 2021-23. In the test match, India won the toss and decided to bat first and till the time this article was written, India scored 251/4 with Shubman Gill (52) and Shreyas Iyer (69*) and Ravindra Jadeja (50*) playing useful half-century innings.

So do you also want the yellow jersey back for the Indian team or do you feel that it’s just a co-incidence and bringing back the yellow jersey will not have any impact on team India’s performance? Let us know your opinion.